This week’s plant to catch the eye high in the canopy of the the palm house is Napoleonaea imperialis P.Beauv. 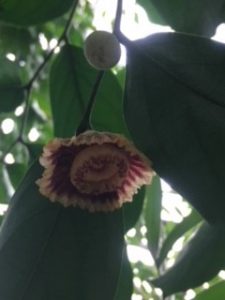 It’s a small evergreen tree from tropical Benin, Nigeria, Gabon and spreading down to Angola.

Napoleonaea imperialis was first described in 1804, which was the year that Napoleon Bonaparte crowned himself as Emperor, in front of the Pope. (picture below from BBC at http://www.bbc.co.uk/timelines/zg9kwmn ) 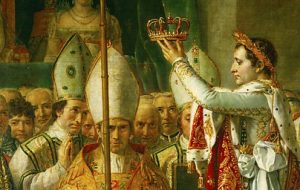 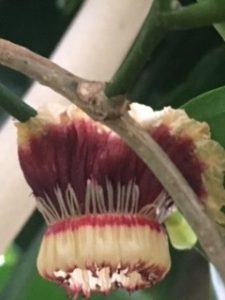 The nut that forms after the very strange shaped flower blooms is reported to have very powerful anti-bacterial properties, not that you should eating the plants on display. 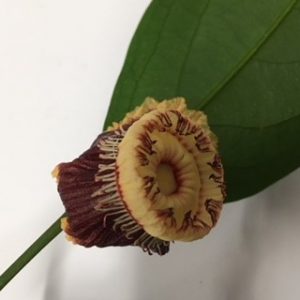 The flowers are not long lasting and the scent is very delicate so you might have to be taller than Napoleon to experience it but it’s worth hunting out.

It’s currently flowering in the south of the palm house, just behind the Calliandra.